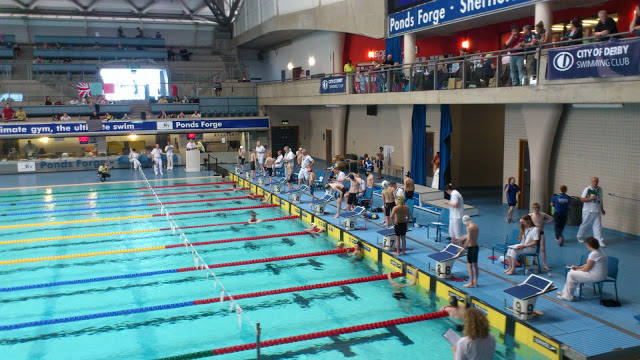 The head of British Swimming has voiced his concerns that the optimum conditions within one of the UKs top swimming facilities are actually serving to hamper the average performances of Britain’s elite swimmers. Many top competitions in the world of swimming are held at the Ponds Forge pool in Sheffield, a venue that has become famous due to the atypical manner in which its design and water consistency assists in recording particularly rapid times.

The relatively unique features possessed by Sheffield Ponds Forge serve to increase the buoyancy of the water within the pool by adding appropriate levels of ozone, an innovation that also helps to cut down upon the levels of water resistance. The wave lines that are utilised in the 3m deep Sheffield facility also allow ripples in the pool surface to be removed unusually quickly, meaning that the water remains largely smooth even after it has been recently passed through. However the pool now appears to be in danger of becoming a victim of its own national pre-eminence, as British Swimming is electing to move more of its training regimes to slower pools.

The excessive speeds that many UK swimmers are able capable of posting in Sheffield are claimed to represent an unreliable indicator of their performances elsewhere, and so the Ponds Forge pool could well begin to host rather less elite events. Discontent over the standards of British swimming have arisen due to less than half of the medals that were hoped for at the London 2012 Olympics actually being attained by British swimmers. The recent World Championships performance has also been among the poorest performances from UK swimmers for almost 20 years.

At Compass Ceramic Pools UK we are one of the leading retailers of water related leisure products in the country. We specialise in swimming pool installation for one-piece indoor and outdoor facilities and pride ourselves on achieving levels of quality that are second to none. So whether you’re a casual swimming enthusiast or one of the nation’s foremost swimmers, please contact one of our consultants today to have all your questions about the cost of building a swimming pool answered.

The low down on swimming pool building and construction techniques.